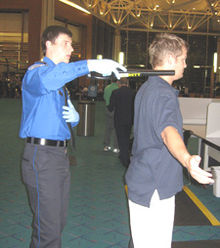 This issue of ARRS InPractice covers airport security scanner radiation risks - is it a real issue or just hype? The article begins with stating "From the local news to leading medical journals to YouTube videos, we’ve all been warned, stunned, and cautioned about the potential…

(ATLANTA) -- CNN recently published an article on how Kayt Sukel had an orgasm in the MR scanner. Kayt Sukel is a passionate science writer and the author of "Dirty Minds: How our brains influence love, sex and relationships" - an edgy, irreverent book that examines all the ways our neurons can wreak havoc with our hearts. Kayt starts by saying "Let me just get this…

Nuclear Medicine Service, Department of Radiology, Memorial Sloan-Kettering Cancer Center, is accepting applications for a two-year fellowship in molecular imaging. The two-year program will include one year of clinical experience and one year of research. The program will provide extensive experience in molecular imaging including PET/CT and SPECT/CT, novel nuclear oncology imaging tracers and therapy, CT and MRI. Dedicated and…

The American College of Radiology (ACR) is deeply troubled by implications of a recent CNN report involving the American Board of Radiology (ABR) certification examinations. While the ABR and the ACR are separate and independent organizations, the College is comprised of board-certified radiologists, radiation oncologists, interventional radiologists, nuclear medicine physicians and medical physicists, and therefore has a legitimate interest in the CNN portrayal of radiology board…

Job Description
REQUIREMENTS: Board certification and fellowship training, current professor with proven record of academic success, and ability to oversee all aspects of department management. Our team consists of 12 faculty and 12 residents. Department faculty are dedicated to providing clinical, teaching and research achievement. Our nationally accredited residency program is recognized for excellence. The Department provides contractual services to Offutt Air Force Base-Strategic…

radRounds would like to wish all the residents taking the American College of Radiology (ACR) In-Service Exam the best of luck! You will do well without studying (some at least) and definitely don't need exam recalls!

Are you taking the ACR In-Training Examination as a radiology resident?

Here are some FAQs:

Exam information:
The duration of the exam is 4 hours. The number of exam questions is confidential.

Exam fee information:
The cost of exam is $160 per resident but typically covered by the residency program. To expedite process of check payment, please…

The Department of Radiology at the College of Physicians and Surgeons of Columbia University Medical Center invites applications for a clinical faculty position in Breast Imaging / Body Imaging. Salary and academic rank will be commensurate with qualifications and experience. Responsibilities will include patient care, active participation in resident and fellowship education, and participation in clinical and/or basic research. Position includes all aspects of breast imaging and…

The Department of Radiology at the Perelman School of Medicine at the University of Pennsylvania seeks candidates for an Associate or Full Professor position in either the non-tenure clinician-educator track or the tenure track. Track and rank will be commensurate with experience. The successful applicant will be accomplished in the area of Radiology. Expertise in the specific area of Musculoskeletal Imaging is required. Responsibilities include leading an internationally recognized program…

Airport scanner cancer risk - for frequent fliers, is it a concern?

PBS NewsHour performs an in-depth documentary reviewing backscatter airport scanner technology regarding cancer risk. Both sides of the argument are presented with interviews from TSA officials, inventors of the technology, and scientists who question the safety of backscatter radiation in airport security screening.…

While the Centers for Medicare and Medicaid Services -- in response to American College of Radiology data and a furious response from the imaging community -- revised the multiple procedure payment reduction for interpretation of imaging from 50 percent to 25 percent, the 25 percent cut is still unfounded and potentially dangerous. The unanticipated…

Discredited and obsolete data used in Raftery and Chorozoglou, published Dec. 8 in the British Medical Journal, underestimated lives saved by mammography screening by half. The authors’ comparison of anxiety from false positives to breast cancer deaths is also questionable.

“The estimated 15 percent reduction in breast cancer deaths used in this study is the same used in 2009 by the U.S. Preventative Services Task Force. That estimate has been discredited by a series of large…

Added by radRounds Radiology Network on December 9, 2011 at 6:09pm — No Comments

Radiologist sentenced to prison in Atlanta

(ATLANTA) - Rajashahker Reddy, a radiologist who formerly owned a prominent radiology practice, was recently sentenced to prison on healthcare fraud, wire fraud, and mail fraud. He will be in prison for four years, six months in total followed by three years of supervised release. Furthermore, the court also issued a fine of up to $15,000. He was ordered to pay restitution in the amount over $900,000+.

Details of the trial rev lea that Dr. Reddy submitted and signed thousands of…

Added by radRounds Radiology Network on December 8, 2011 at 9:57pm — No Comments

You can't improve what you don't measure, says Paul Chang in this video clip from RSNA 2011. He thinks radiology practices should follow other businesses and adopt business analytics and key performance indicators.  To view other exclusive videos of luminaries in radiology, please visit the Diagnostic Imaging Conference Reports for RSNA… 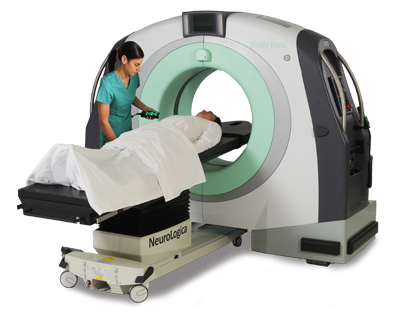 NeuroLogica is an innovative company that specializes in making portable medical imaging equipment.  NeuroLogica's is known for other successes such as the CereTom, a portable Head CT scanner.  Recently, they have obtained FDA clearance for its BodyTom full body portable CT scanner - yet another amazing innovation.

According to NeuroLogica's website, the BodyTom is the newest offering in portable…

The American Board of Radiology recognizes the shortage of physician investigators in diagnostic radiology and in radiation oncology. To address this shortage, a research pathway has been designed for individuals to simultaneously train in diagnostic radiology or radiation oncology and in basic science, clinical, or translational investigation. This new pathway is called the "ABR Holman Research Pathway," named for B. Leonard Holman, M.D., who first proposed this…

Added by radRounds Radiology Network on December 2, 2011 at 1:30pm — No Comments

Check out Dr. Dalai's PACS Blog post on the RSNA 2011 Flash Mob - as he mentioned, it "actually went down" - here is the video also in case you missed it.

Reed Dunnick MD named Chairman of the RSNA Board of Directors

CHICAGO—N. Reed Dunnick, M.D., was named chairman of the Radiological Society of North America (RSNA) Board of Directors today at the Society's annual meeting in Chicago.

Dr. Dunnick is the Fred Jenner Hodges Professor and chair of the Department of Radiology at the University of Michigan Health System in Ann Arbor, Mich., where he has been since 1992. 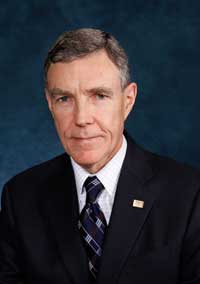 Reston, VA (Nov. 15, 2011) — The Image Gently® campaign and the Society of Nuclear Medicine (SNM) have launched the “Go With the Guidelines” campaign to encourage community hospitals, academic hospitals and clinics to observe new North American Guidelines for Nuclear Medicine Radiopharmaceutical Dose in children. The dose recommendations, calculated on a ‘straight’ weight basis, have been tested in children’s hospitals and are compatible with high-quality imaging and further dose reduction…