MILWAUKEE--(BUSINESS WIRE)-- Merge Healthcare (NASDAQ: MRGE), a leading medical imaging solutions provider, today announced that its Merge China business unit has signed a Distribution Agreement with PANGAEA Technology Limited, a distributor of CCD detectors, which are an economical alternative to digital detectors, for DR systems in the Greater China area. PANGAEA will provide the Chinese DR market with a bundled solution consisting of Merge CIE™ (Cedara Image Enhancement) and CCD through… Continue

(ATLANTA) -- Dr. Rajashakher Reddy, a board-certified radiologist and president of teleradiology company RSI (Reddy Solutions) based out of Atlanta, Georgia was arraigned this past Friday on US federal charges of wire fraud, mail fraud, healthcare fraud, and obstruction of justice. Dr. Reddy is now out on bail prior to the actual court case. Dr. Rajashakher Reddy could be facing up to 20 years in federal prison or a $250,000 fine (per count) resulting in up to $1M total fines, if found guilty… Continue

(Redmond, WA, November 3, 2009) FiatLux Imaging, Inc. a medical software company in Redmond, WA, announces the availability of FiatLux Visualize™ Free, advanced visualization software for CT and MRI medical imaging data. The free software is available via download from www.FiatLuxImaging.com for any healthcare professional. There is no charge for download or use of the software.

“There is tremendous unrealized potential in medical imaging… Continue

(CHICAGO) - Each year, one of the most anticipated sessions at RSNA is the Image Interpretation Session! Thousands of radiologists flock to see the best academic radiologists tackle unknown cases from all subspecialties. Who are this year's honored experts in the field of radiology?

Here is a preview of the Image Interpretation, RSNA 2009:

(RESTON, VA) -- Shortly before midnight on Nov. 7, 2009, the U.S. House or Representatives, by a 220 – 215 vote, passed H.R. 3962, Affordable Health Care for America Act. 39 Democrats voted against the bill, which contains medical imaging reimbursement cuts, while one Republican voted in favor of passage.


The legislation includes much of the same imaging related provisions as its predecessor, H.R. 3200. Specifically, the bill includes language to increase the reduction in the… Continue

(CHICAGO) -- Every year, the RSNA provides free shuttles to hotels. Save time and also plan ahead by checking here to see what line you are located along. Traveling between McCormick and the city is easy, most definitely with the free RSNA shuttles.

COMPLIMENTARY SHUTTLE BUS TRANSPORTATION:
RSNA provides complimentary shuttle bus transportation between hotels in the RSNA block and the McCormick Place Convention Center. Be sure to check signage in the hotel lobby and at McCormick… Continue

Added by radRounds Radiology Network on November 9, 2009 at 6:30pm — No Comments

(CHICAGO) - This year's RSNA 2009 will focus on a special session, specifically in the area of medicolegal issues in radiology. Jonathan Berlin MD MBA from Northwestern University will moderate and lead a "Mock Jury Trial" to illustrate and teach the fine points of malpractice issues in the field.

Dr. Berlin will address the following as cited in the RSNA news bulletin:
Has a radiologist who detects possible lung cancer on a patient's X-ray and issues a written report noting… Continue

Added by radRounds Radiology Network on November 8, 2009 at 6:30pm — No Comments

(NEW YORK) -- Times are changing in healthcare. Once upon a time, a severe shortage in radiology resulted in highly lucrative starting salaries and numerous job offers per resident. Residents and fellows finishing their radiology training had no problem finding the 'ideal' academic, hybrid, or private practice job with short partnership tracks, significant vacation time, and a favorable call schedule.

Added by radRounds Radiology Network on November 7, 2009 at 9:30am — No Comments

(DIAGNOSTIC IMAGING) -- A long-term study of breast imaging in Massachusetts has confirmed what mammographers have argued for years: older adult women who do not receive regular screening mammography are far more likely to die of breast cancer than women who routinely undergo the procedure. The findings were drawn from the experience of 6997 Massachusetts women who did, or did not, participate in regular screening and were diagnosed with invasive breast cancer between 1990 and 1999. The women… Continue

Added by radRounds Radiology Network on November 6, 2009 at 2:30pm — No Comments

Reston, Va. — The American College of Radiology (ACR) recently launched a new practice leaders’ Web site designed to address the clinical and administrative issues facing today’s radiology and radiation oncology practice leaders by providing the most recent literature gathered from throughout the medical landscape and providing an online forum to discuss these issues with their peers.

With its library of articles, the Web site offers insight into a plethora of practice-related issues… Continue

Added by radRounds Radiology Network on November 6, 2009 at 1:00pm — No Comments

(DIAGNOSTIC IMAGING) -- Most radiologists may not consider spending 20 minutes a day socializing with patients as time well spent, but Dr. Harvey Neiman, executive director of the American College of Radiology, considers it a crucial investment for the profession's survival. Speaking to radiology residents Saturday at the California Radiological Society annual meeting, Neiman laid out strategies that could help radiologists successfully weather threats from imaging technologies and practice… Continue

Added by radRounds Radiology Network on November 5, 2009 at 2:30pm — No Comments

(DIAGNOSTIC IMAGING) -- The number of applications for the iPhone has skyrocketed and medicine-related applications are coming online at a rapid pace. Four new applications have been developed specifically for medical professionals, some of which will aid radiologists as well as referring physicians. iMobileHealthCare has developed iAorticValve, a reference guide to all heart valve products. The information is organized in a searchable database. The application also provides access to PubMeb,… Continue

(DIAGNOSTIC IMAGING) -- Healthcare reform legislation from the House of Representatives, announced Thursday by Speaker Nancy Pelosi, is ready to go to members for discussion and a vote. The bill would cut Medicare payment rates for advanced imaging while establishing a 2.5% surcharge on the purchase price of new imaging equipment. The $894 billion package combines provisions from three bills approved separately by House committees this summer. Provisions in those preliminary bills that were… Continue

Added by radRounds Radiology Network on November 3, 2009 at 2:30pm — No Comments

The Scientific Assembly and Annual Meeting of the Radiological Society of North America (RSNA®) is the world’s premier scientific and educational forum in radiology.

Imaging Cuts in Medicare Fee Schedule: An Access Catastrophe and Danger to Patients

“These short sighted, unfounded and misguided cuts will imperil community based imaging, restrict access to cutting-edge imaging scans, and delay diagnosis of cancers and… Continue

Added by radRounds Radiology Network on November 2, 2009 at 7:00pm — No Comments

(DIAGNOSTIC IMAGING) -- CMS will increase the equipment utilization rate assumption used to determine the practice expense for expensive, nontherapeutic medical equipment, including diagnostic imaging systems, from 50% to 90% under new Medicare fee schedule rules announced Friday. In a bit of good news for radiology, CMS said it remains on track to require that suppliers of advanced imaging services become accredited by 2012. The announced hike of the assumed utilization rate for advanced… Continue

Added by radRounds Radiology Network on November 2, 2009 at 2:30pm — No Comments

Radiology Recommendations on the Rise

(BOSTON) -- According to the latest research in radiology from Massachusetts General Hospital's Radiology Department, Dr. Christopher L. Sistrom, et al have found that in recent years, there has been a dramatic increase in imaging recommendations.

His research analyzed nearly 6 million radiology reports between 1995 to 2008. Dr. Sistrom found that radiology recommendations increased during the 13 years of study, with the rate rising from approximately 6% to 12%. 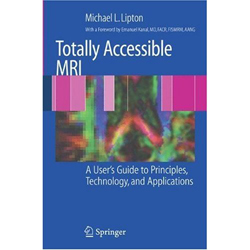