On Tuesday, May 20th, the ACR (American College of Radiology) held its RADPAC Gala. The RADPAC efforts are on track for record participation under the leadership of the esteemed Dr. James Thrall of Massachusetts General Hospital. The night was filled with active participation of over 750 radiologists and radiation oncologists from throughout the country. This dinner marks the eve of the ACR's Capital Hill Day on May 21st. The night featured Congressman, House of Representative of New Jersey, Frank Pallone, who was presented the ACR Congressional Award for Radiological Excellence. He is a legislator who truly understands the importance of medical imaging and its role in healthcare. For a fun and humorous evening of political fodder, Bill Press of the Bill Press show (http://www.billpress.com) was present too! 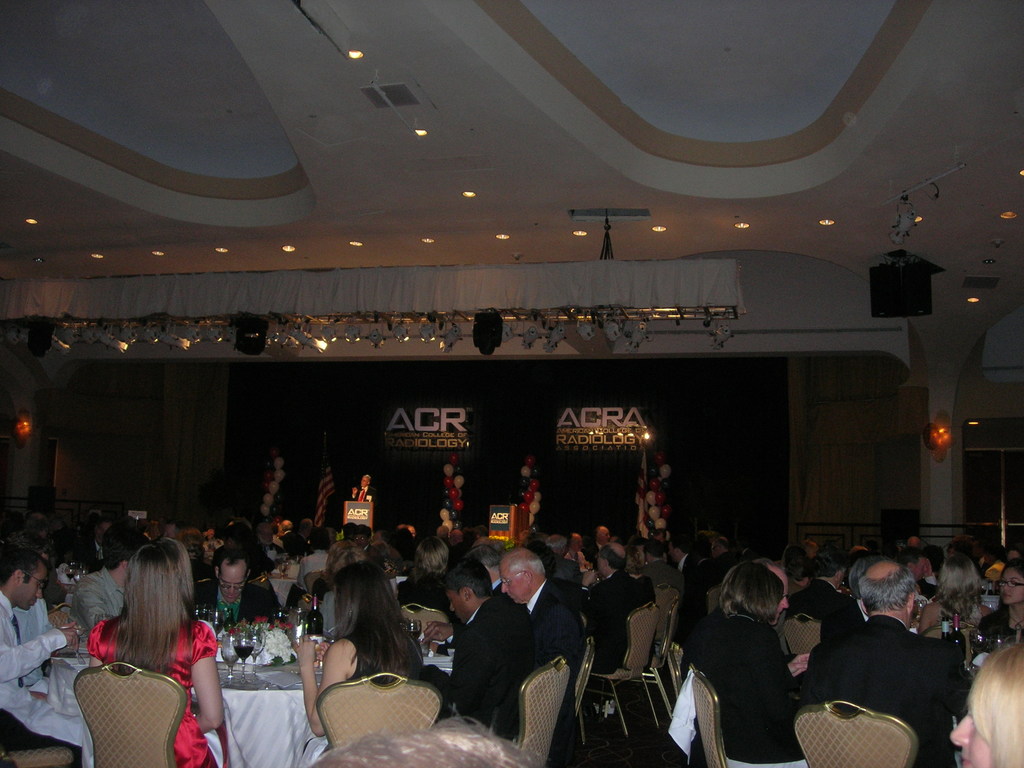 (James Thrall, MD addressing the ACR at the 2008 RADPAC Gala)