Five reasons radiologists should be involved in social networking

(DIAGNOSTIC IMAGING) -- The Internet is evolving rapidly. Each exciting step in the development of the web has fostered greater connectivity and interactivity. It is now alive with numerous “social media” websites, including specific websites for networking, blogs, and media sharing. We can now actually do more than just read websites. We can interact online not only with content, but also with other people.

The American College of Radiology (ACR) supports and is actively pursuing the goals of reducing any unnecessary radiation exposure that patients might receive from medical imaging exams and ensuring that patients receive appropriate imaging care. The ACR thanks the U.S. Food and Drug Administration (FDA) for recognizing the need for such efforts and supporting efforts to make sure that these issues are properly… Continue

GE Healthcare announced today the implementation of GE's Centricity(R) Radiology-IW (PACS-IW and RIS-IC with Precision Reporting) solution in the Polyclinics at the Vancouver 2010 Olympic and Paralympic Winter Games, marking the first official use during Olympic Winter Games competition and the first Canadian use of this GE Healthcare IT imaging solution. With this technology, medical staff at remote facilities will have real-time access to the latest information and images when treating an… Continue

(DIAGNOSTIC IMAGING) -- Recently, thousands of European radiologists have received an e-mail with this rather alarmist heading: “EU directive still threatens MRI.” Another e-mail doing the rounds has an equally sensational title: “No more MRI in Europe?” The first point to note is that this is not spam. The bureaucrats in Europe have got themselves into a ludicrous and needless muddle during the past few years, and there is no sign of the issue being resolved in the near future. There are… Continue

Reston, VA — In response to the vast medical needs and human suffering resulting from the recent, devastating earthquake in Haiti, the ACR Foundation has launched the Haiti Radiology Relief Fund. The Fund will help supply health care facilities in Haiti with necessary radiological support – including radiology equipment, supplies, materials as well as physician and medical physicist volunteers (1).

Added by radRounds Radiology Network on February 9, 2010 at 5:00pm — No Comments

(AMERICAN COLLEGE OF RADIOLOGY) -- The Centers for Medicare and Medicaid Service (CMS) 2010 Physician Quality Reporting Initiative (PQRI) is underway. Legislation continued the 2% bonus on total allowable Medicare charges for individual participants who successfully report quality measures in 2010. Success depends on an early start for the reporting period, so plan to begin reporting soon. In 2010, individuals can report the full calendar year or may choose to report for 6 months from July… Continue

(ACR) -- Last year Medicare released a transmittal that required physicians to report the specific date of service (DOS) and place of service (POS) of where the professional and technical component is provided.

The ACR and RBMA were part of a multi-specialty effort to ask CMS to rescind these requirements and ask for clarification on how to report DOS and POS under the unique radiology practice arrangements. We are happy to announce that CMS realizes there are difficulties with… Continue

(NEW YORK) -- New York Civil court has recently ruled in favor of the plaintiff regarding an MRI incident of oxygen tank killing a 6 year old boy. This was an incident that happened in a hospital in Westchester County. The legal settlement totaled up to $2.9 million dollars to be turned over to the Colombini family. The initial lawsuit totaled $20 million dollars and also implicated GE Healthcare. GE healthcare was later dropped as a defendant on the case.

To read more about the… Continue

Added by radRounds Radiology Network on February 9, 2010 at 1:26am — No Comments

Anything iPod can do, can iPad do better?

(DIAGNOSTIC IMAGING) -- There seems no end to the bashing. But from radiology’s perspective, Apple’s soon-to-be-released iPad could be huge, potentially serving as the first truly mobile device to support medical visualization. The concept was there with the iPod Touch: a lightweight, easy-to-use device that added video to the iPod’s audio. The iPad brings this to the big screen with computing power that could be extended to support not only windowing and leveling, but some advanced processing… Continue

What are the requirements for MQSA for radiologists? Here is a basic summary from the ABR, American Board of Radiology:
The RRC for Diagnostic Radiology requires three months of breast imaging. The latest RRC regulations state "There must be a minimum of 12 weeks of clinical rotations in breast imaging. Each resident should have documentation of the interpretation/multireading of at least 240 mammograms within a six-month period within the last two years of the…
Continue

"Guns, Tumors And The Limits Of The Human Eye" (NPR)

Added by radRounds Radiology Network on February 6, 2010 at 6:46pm — No Comments

A radiologist with the Mayo Clinic in Arizona and a former vice chair of the U.S. Preventive Services Task Force will discuss the intricacies of breast cancer screening and debate the implications of recent revised guidelines at Arizona State University on Feb. 11.

“Breast Cancer Screening: When to Start, When to Stop,” will be presented at 7:30 p.m. in the C-Wing of the Business Administration building, Room 116, on ASU's Tempe Campus. The event, hosted by the BEYOND Center for… Continue

Added by radRounds Radiology Network on February 6, 2010 at 6:39pm — No Comments

MQSA National Statistics as of February 2010 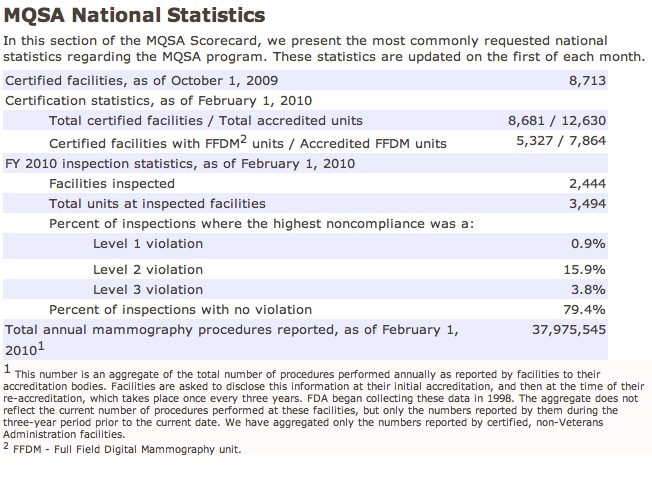 Added by radRounds Radiology Network on February 6, 2010 at 7:39am — No Comments

Added by radRounds Radiology Network on February 5, 2010 at 2:30pm — No Comments radRounds has yet another opportunity to perform an e-interview with a radiology thought leader and rising academic star in medical imaging. We are honored to be featuring Dr. Khashayar Rafat Zand the founder of Radlinks.ca, senior radiology resident at McGill University, and future fellow at Harvard's Beth Israel Radiology Department.
Tell us a bit more about yourself and your interests in radiology, education, and web-based teaching?
Dr.… Continue

Purpose
1. To stimulate bright, promising radiologists to continue with an academic career, enhance their credentials, and stimulate interest in good radiology… Continue

Added by radRounds Radiology Network on February 2, 2010 at 8:30pm — No Comments

Outpatient radiology practice in Phoenix, Arizona with multiple outpatient radiologist owned and operated imaging centers is seeking an MRI fellowship-trained radiologist with experience in Neuroradiology and/or MSK for opportunity for partnership or employee track to join six other partners. No call or evenings. Predominantly MSK and Neuro MRI interpretation with some general radiology coverage.

Arizona license, Board Certification, and… Continue

* When it comes to application hosting, healthcare providers are finding greater success and satisfaction working with software vendors but are able to host a wider selection of applications by partnering with services firms.

* Ninety percent or more of respondents using Cerner, McKesson and Siemens hosting services would recommend their vendor to other providers, while fewer… Continue

Added by radRounds Radiology Network on February 1, 2010 at 6:00pm — No Comments

There are only 11 days left to register for the 2010 ARRS Annual Meeting and pay the lowest registration fee. General registration fees will increase by $100 after February 12. The 2010 meeting, scheduled May 2-7 in San Diego, will offer 57 CME credits and will feature a categorical course on efficient imaging. Attendees of the course will leave with imaging protocols and algorithms for a variety of diseases and disorders affecting the heart, lungs, brain, spine, gastrointestinal tract and… Continue

Added by radRounds Radiology Network on February 1, 2010 at 5:48pm — No Comments